The photographs below were taken at a private residence in the town of Stafford, the owner of the house was unhappy with the state of the grout lines in their ceramic tiled shower which had, over time, had become grey and stained. As you cans see from the photograph, the whole area in general was very tired looking. I recommended a grout clean, colouring and seal to get the shower back to looking its best. My client was happy with me to proceed and I promptly began the work. 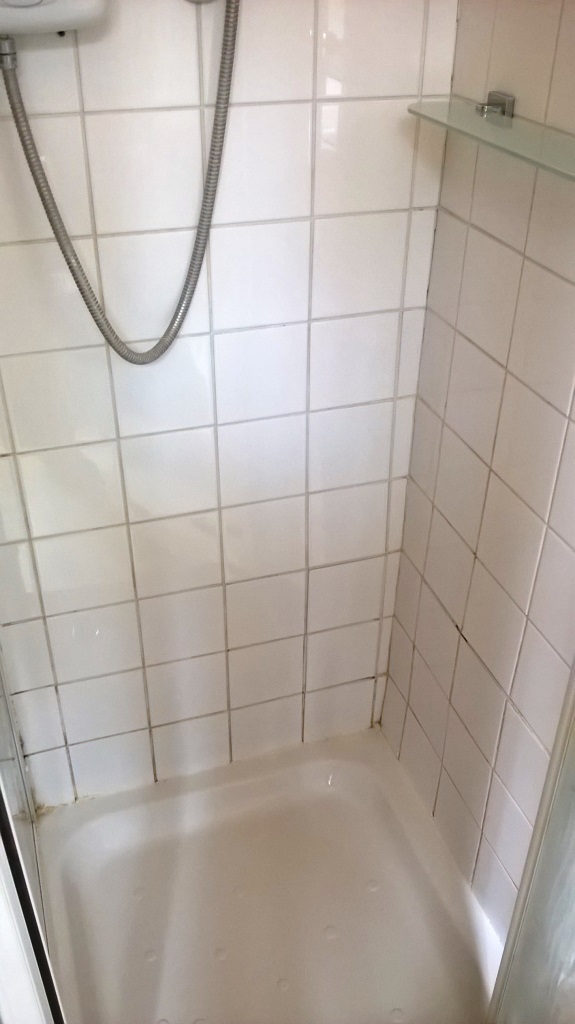 My first task was to clean the grout using a grout colouring pre-treater which cleans and prepares the grout joints to make a better bond with the colourant. The tiles were then given a rinse and dried before I stripped out the old sealant strip between the tiles and shower tray.

My next task was to carefully apply a white Grout Colourant along the grout lines using an applicator brush. The colourant is basically painted onto the grout and any excess is wiped off the adjacent tile before it dries. The colourant, which is available in a range of shades, is an epoxy based product that both recolours and seals the grout lines to provide protection against dirt and stains.

To finish off the job I applied fresh sealant between the shower tray and bottom row of tiles in a matching white. The whole shower took on a much fresher appearance after I finished and looked transformed. 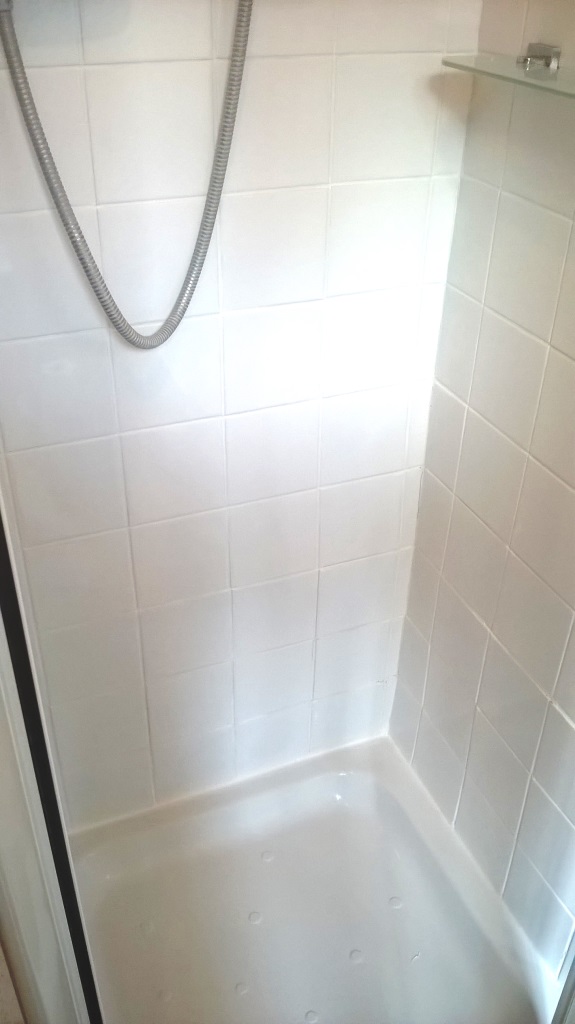 My client contacted me two weeks after I completed the job to happily inform me that my work had actually solved a leakage problem that have been affecting the shower cubicle. With the addition of a robust clean, colouring and seal, my client was very pleased with the results. 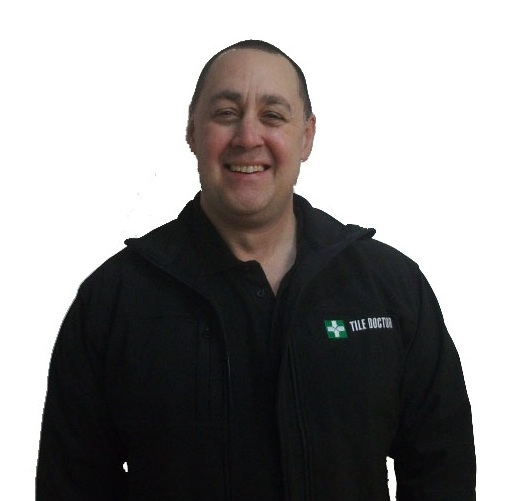 We’re really pleased with how Trevor has managed to get years of glued on carpet off the kitchen floor tiles. They look as they did when they were first put down nearly 25 years ago. Great job!
Pauline D, Swadlincote

Trevor has bought our tiled floor back to a new one. It was only 6 months ago it was laid but wasnt sealed at the time and looked awful. Trevor is such a lovely man and has done an amazing job on the flooring, definitely recommend his services
Sarah P, Brierley Hill

Trevor did an outstanding job of resurrecting our trashed Indian Limestone floor after it had all but been destryed by incompetent ‘ tiler’. Floor , all 105 square meteres of it now looks even better than it was first laid. Superb job thanks Trev even though you are a City man !!!
Keith E, Stoke On Trent

Trevor was great! Came around and did a trial patch first without obligation, we then engaged Trevor to come and complete the kitchen floor which now looks fantastic and exceeded expectation. The only downside was that Trevor was a Birmingham City fan 🙂
Richard P, Stoke On Trent

Trevor was enthusiastic, hardworking and knowledgeable about how to clean and repair our Victorian tiled floor and did a very good job. It looks great!
Rob W, Stafford

Trevor was punctual,professional,polite and pleasant.He transformed our slate kitchen floor in two days. Colours appeared that had been hidden for years. Excellent job at a fair price.
Kingsley R, Stoke On Trent

Our tiled hallway is original to the house 100+ years old although there is wear and tear Trevor has given the tiles a second life. Trevor was pleasant, polite and professional.
Teresa N, Hanley